Richard O. Evanns, In His Own Words 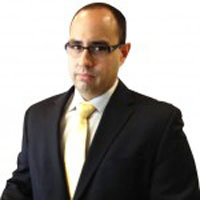 I graduated from U.C. Santa Barbara with a B.A. in philosophy and obtained my law degree from the U.C. Davis School of Law. Before enrolling in law school, I spent time in the business world working for a major mortgage company, and a major health insurance company. After law school I put my legal aspirations aside and played poker professionally, something I had started doing successfully while in school. I traveled the States and the world to play at various destinations. The three or four years I played poker professionally taught me invaluable lessons and contributed to deep and lasting ability to analyze people and situations. These experiences taught me to see the simplicity underlying many apparently complicated problems, enabling me to cut through outside appearances and get straight to fundamental truths. As far as work experience goes, I can’t think of anything better. I am a collection Attorney, that fights for your judgement.

Upon deciding to settle down, I put my education to use and went to work as a paralegal, handling matters in intellectual property litigation, contract litigation, and personal injury cases. Concurrently, I started my own collection business, Enforcements ETC, which focused on enforcement of judgments.

Between 2009 and 2011 my judgment collection company, under my direction, satisfied hundreds of thousands of dollars worth of debt on behalf of its creditors. I gained broad experience enforcing judgments ranging from small claims judgments against fly-by-night unlicensed contractors and used-car lots to much larger judgments against major insurance firms, real estate tycoons, and even a billionaire Senatorial candidate.

As an attorney, I represent clients in collections and creditor’s rights matters, and continue to focus on judgement enforcement.

I have been published in national publications on matters of constitutional law and other topics, as well as some local publications.

Most importantly, I am a real person and will actually talk to you free of charge if you call my office. I may even offer an entertaining story or two.

Dear Richard: I want to take this time to thank you very much for the magic you performed on my claim of wages not paid. I won the claim at the labor board ten years ago! … Richard said he’d have a response in three to four weeks, I thought that was never going to happen, I might as well go bark at the moon. Well in that amount of time, Richard did have a large settlement payment sent to me. AGAIN THANK YOU SO VERY MUCH!

I live in another state, where I had obtained a judgment against someone who lived in California, so I needed a California lawyer to collect on it. After dealing with another CA attorney at first and waiting for 3 years for something to happen, I contacted Richard with my problems — previous attorney, out of state judgment, filed in the wrong court, etc. No problem for Richard! He spoke extensively to me on our first tele-visit and assured me that he thought that he could get the job done. And I liked the fact that he was a collector previously, so I knew that he understood the mechanisms that were needed for getting my money. And he did! He had to undo everything the previous attorney did and refile the case in the proper court, he kept me posted on any updates and I got $10,000 that I thought I would never see. Thanks, Richard, you’re great! I’d highly recommend you to anyone who needs to get their judgments collected.

We are a small engineering company and we obtained a judgment against a debtor with lots of money, but who made it his business to avoid paying debts. His assets were all protected in corporations and LLCs and he had nothing in his name at all. We figured there was no way to collect from him. And for 8 years, that was true- then we assigned our judgment to Rich Evanns. After pursuing it in and out of court for months, he ended up collecting more than the original judgment amount. We were very happy with our experience with him and his company, and would recommend him to anyone.

I won a lawsuit, but could not collect any money myself because the person I sued put almost everything in trust accounts. I was owed a lot of money, but had no way of collecting it. I talked to a few collections agencies trying to find help. When I spoke to Richard, I immediately knew he was the perfect person to get the job done. He took the time to discuss a realistic strategy and then followed through like a champ. He collected the money I was owed. I could never have done this myself. I will recommend him to anyone and everyone. He’s awesome with great follow up and updates too.

I want to express my satisfaction with the services I received from Richard Evanns, and my high regard for how he has handled my matter, and the results he achieved. I sued a former employer back in 2007, and the corporation on the judgment had ceased to do business some years ago. But, Mr. Evanns was able to locate assets which were left in the name of the defunct corporation and attach them, and then prevail in Court when the debtor lawyered up and started fighting tooth and nail. He handled everything start to finish and I did not have to do anything, and he never asked me a penny up front. His service is truly amazing, and I am certain I’d have never collected my money without it.

I can’t believe almost one year to the day that I left we got the whole amount!! Thanks for all your hard work on this. If you could send check today I will have it tomorrow..so please send out. Thanks again…your the man!!